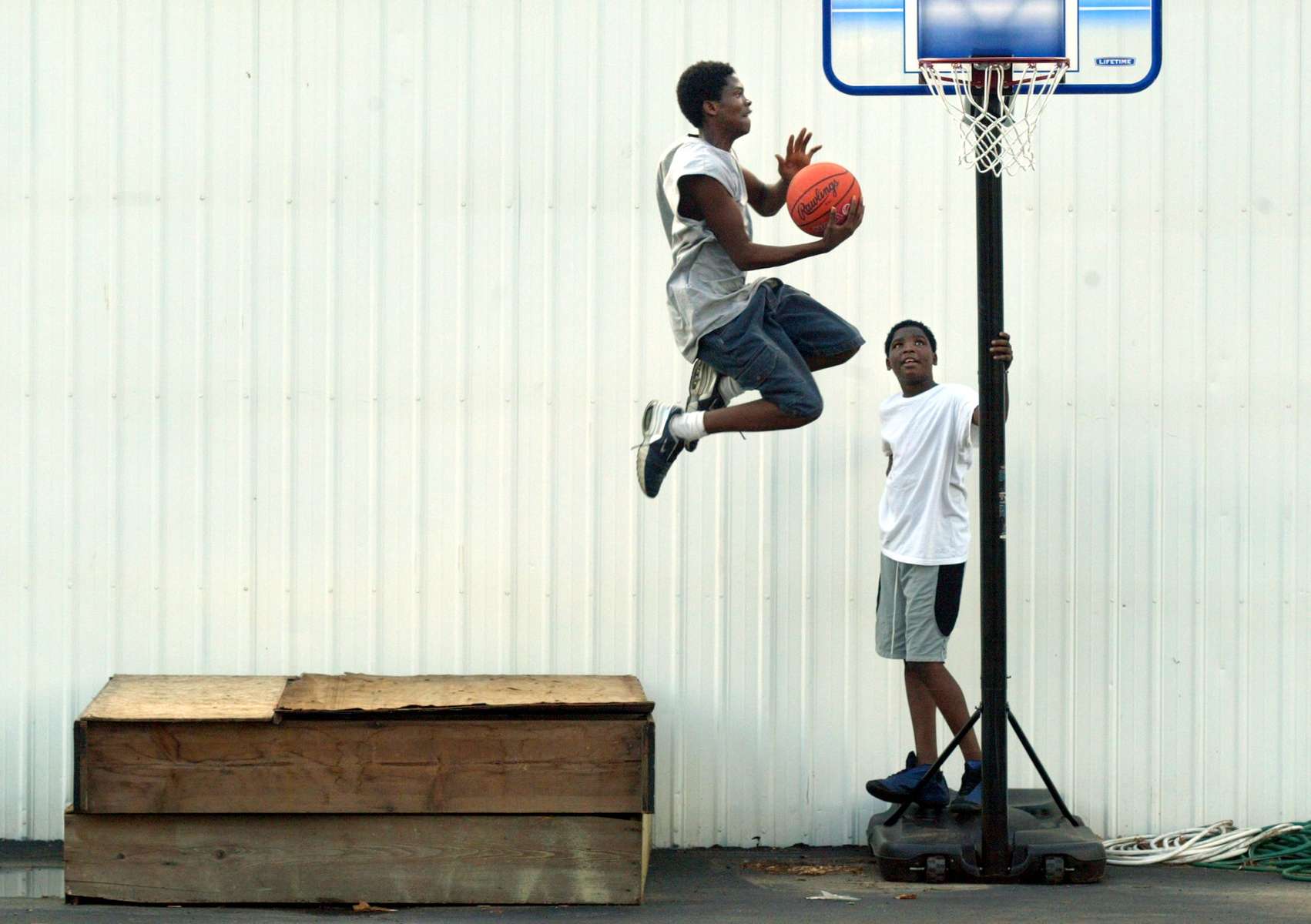 
July 22, 2002--Sharron Johnson,15, leaps from the box at the left to get enough elevation to dunk the basketball as his friend Clarence Wigfall, 13, watches him take flight on Tuesday in Maryville. The boys say they can be found playing basketball most afternoons.