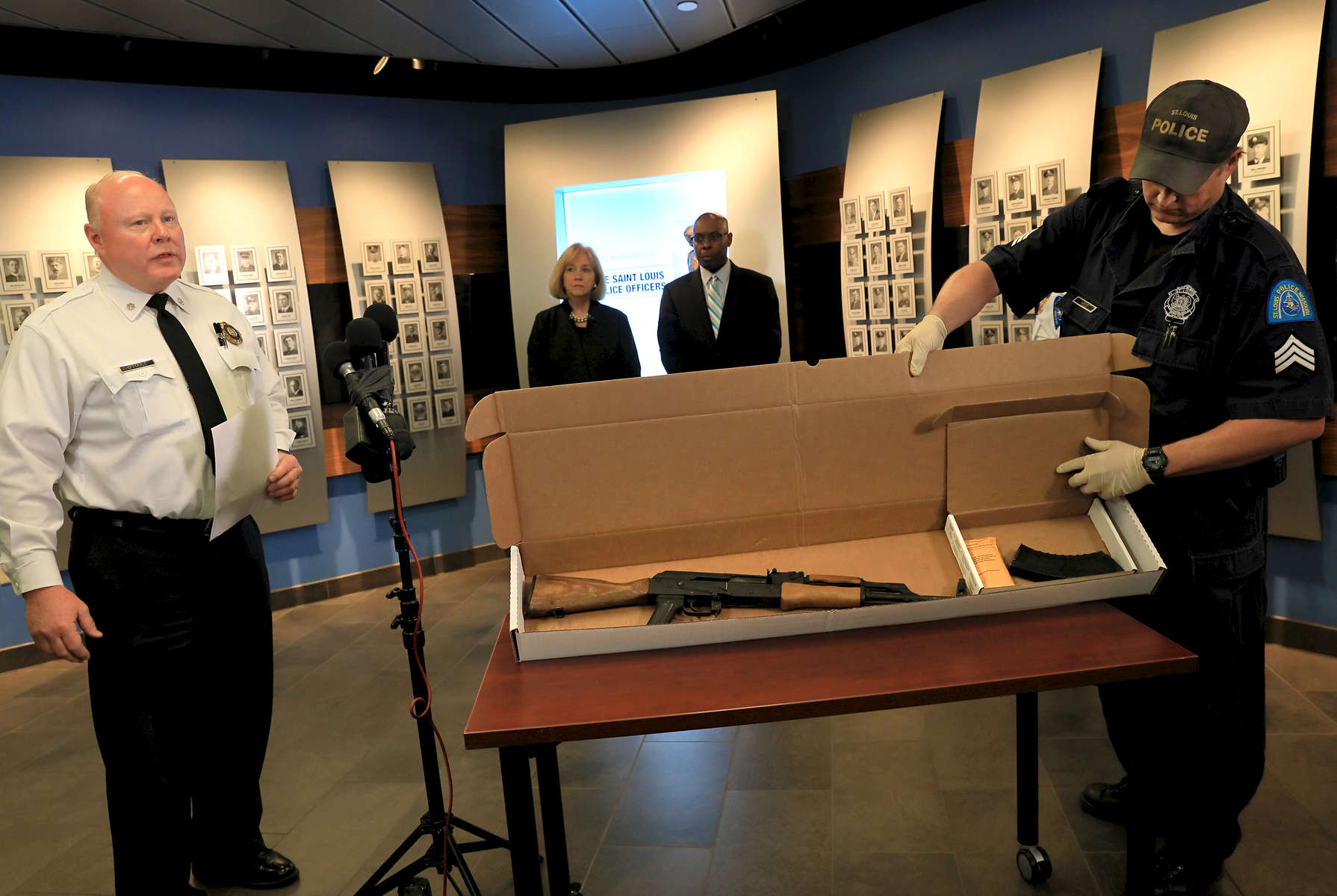 St. Louis Acting Police Chief Lawrence O'Toole (left) has a crime scene technician display the AK rifle used by a suspect who fired at police as he gives a press conference at police headquarters in St. Louis on Tuesday, Nov. 28, 2017. Police fired at and wounded the suspect at the scene in the 5900 block of Page Boulevard.