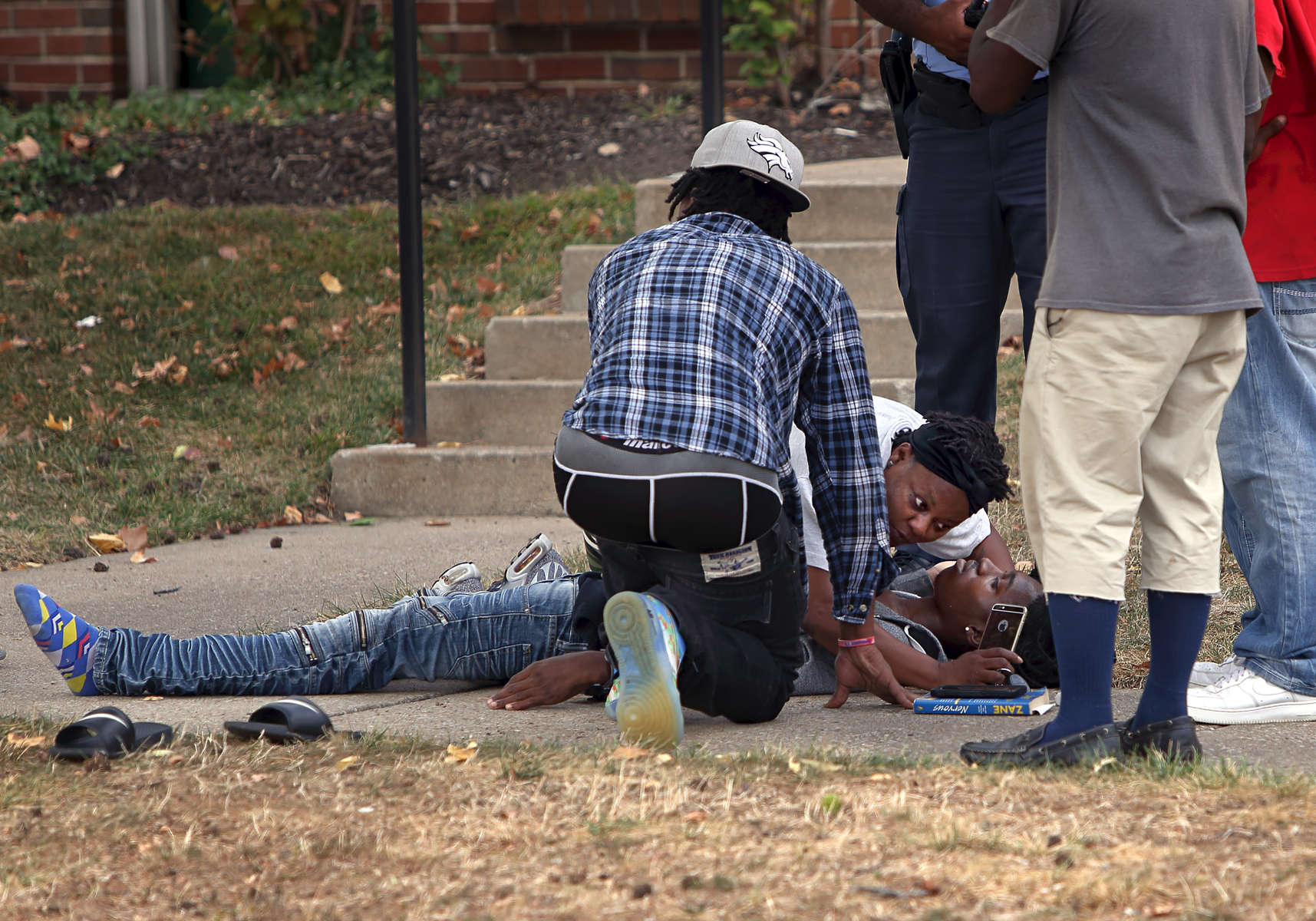 A woman leans in to talk with her nephew who was shot in the 1800 block of O'Fallon Street in St. Louis on Friday, Oct. 6, 2017. Two 20-year-old men on foot were shot by a suspect driving a silver Nissan Altima at about 2:40 p.m. Both men were transported to the hospital. One was shot twice in the upper torso and is in critical condition and the other was shot in the leg and is in stable condition.