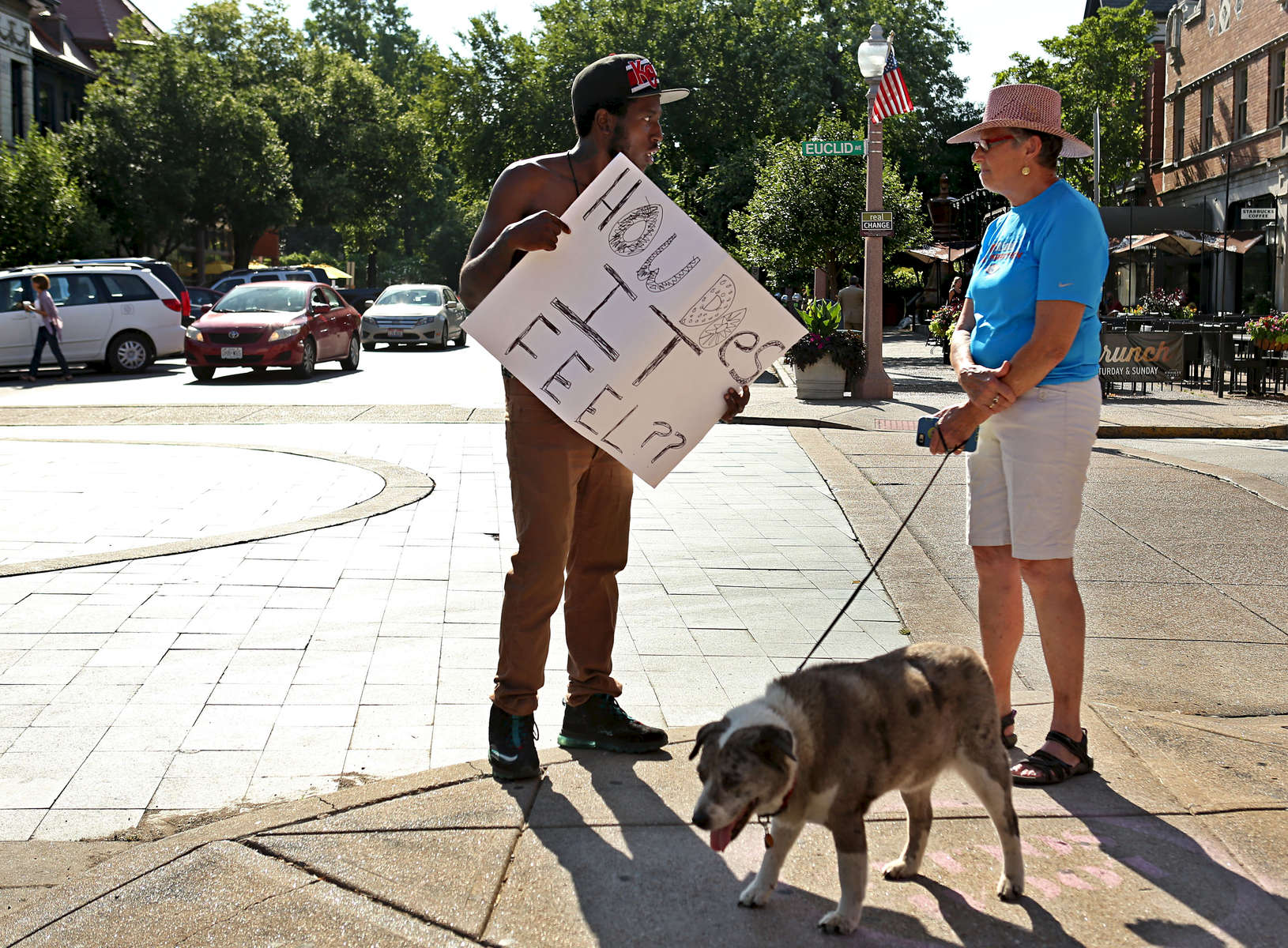 Dhoruba Shakur (left), and Anna Forder have a discussion at the intersection of Euclid Avenue and Maryland Avenue close to where a St. Louis police sergeant was shot on Tuesday, July 14, 2015. Shakur, a community activists and regular protester, was standing at the intersection with a sign that read "How does it feel??" when Forder approached him and the pair began talking.

The pair talked calmly for more than 5 minutes debating issues of race and violence. The conversation ended politely and they parted with an exchange of smiles.