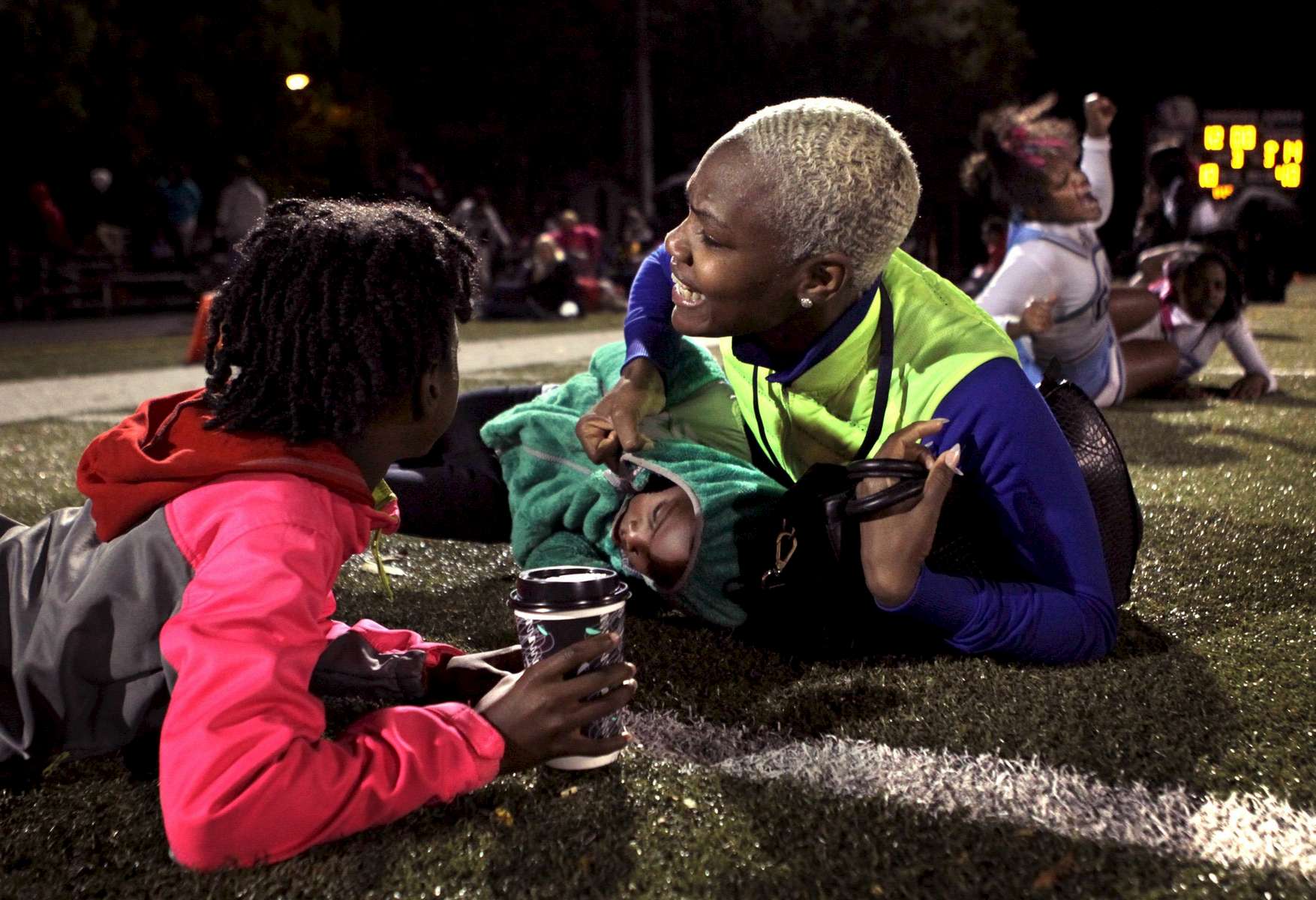 Tiffany Spain, 29, covers her daughter Logynn Spain, 4, as she calls out to her other child to run to her for cover as gun shots ring out from a car driving by Sumner High School during a football game between Vashon High School and Gateway STEM High School on Friday, Oct. 2, 2015. The shots were so close that people could smell smoke from the gunpowder. The gunfire scattered fans game but no one at the game was hurt by gun fire. "They're my kids...I'd rather for me to get hit than them" said Spain. After a short interruption, the game started up again. Photo by David Carson, dcaroson@post-dispatch.com