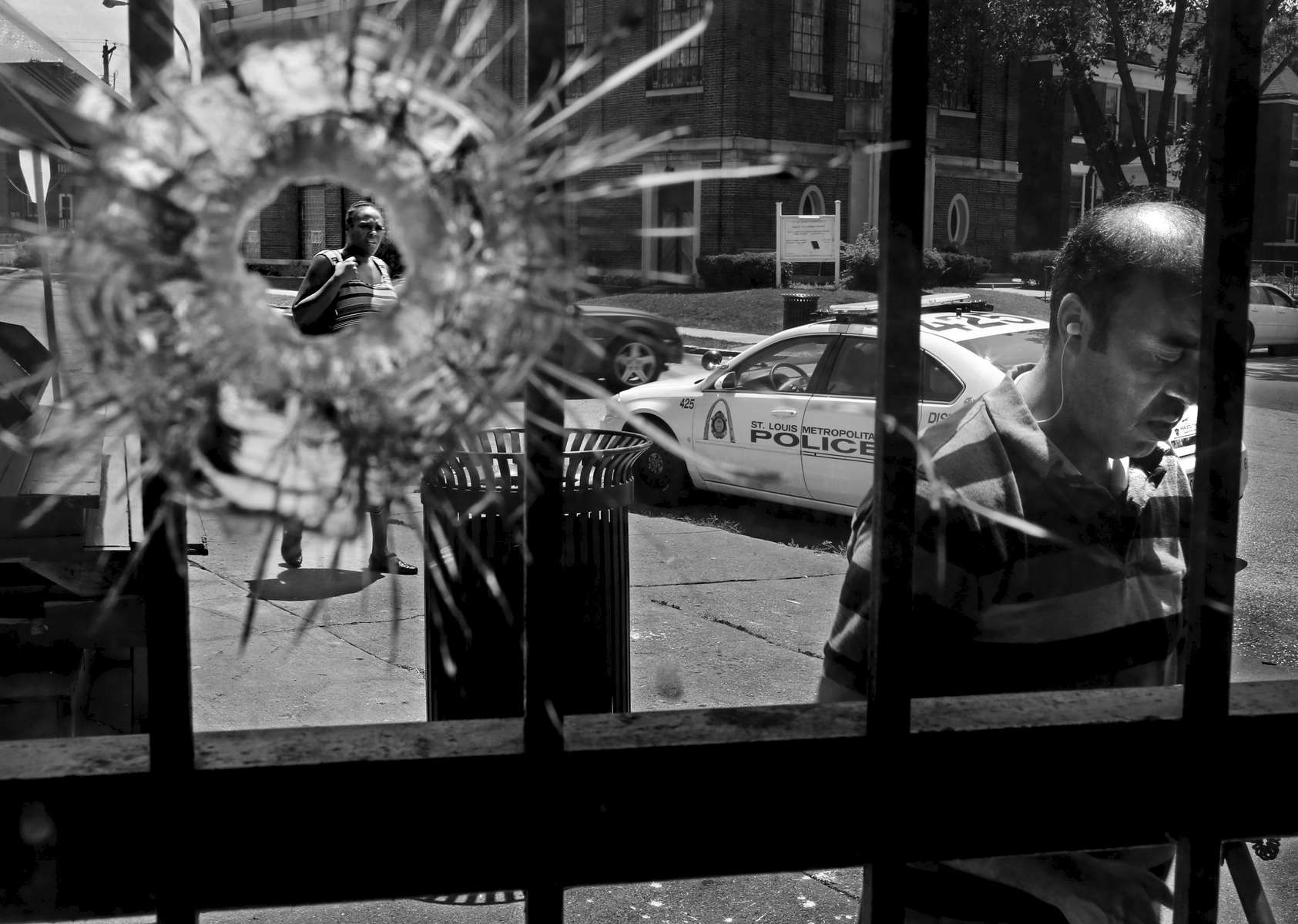 Renee Swink (left) is framed in a bullet hole punched through the front window of Yeatman Market in the 4400 block of Athlone Avenue on Monday, Aug. 3, 2015. The bullet hole is from a shooting that injured three people at about 11:30 a.m. One man suffered a gun shot wound to the leg, another man was hit in his ankle and arm and a third victim sustained a graze wound to his arm. All three victims are expected to survive. The shots were fired from a car at a man who was walking in front of the market. "It's shocking" said Swink whose daughter lives in an apartment above the store. Stray bullets also shattered the store's front glass doors, damaged some wood work and a soda machine. Also pictured is Mustafa Hamed (right) who was helping sweep up the broken glass.