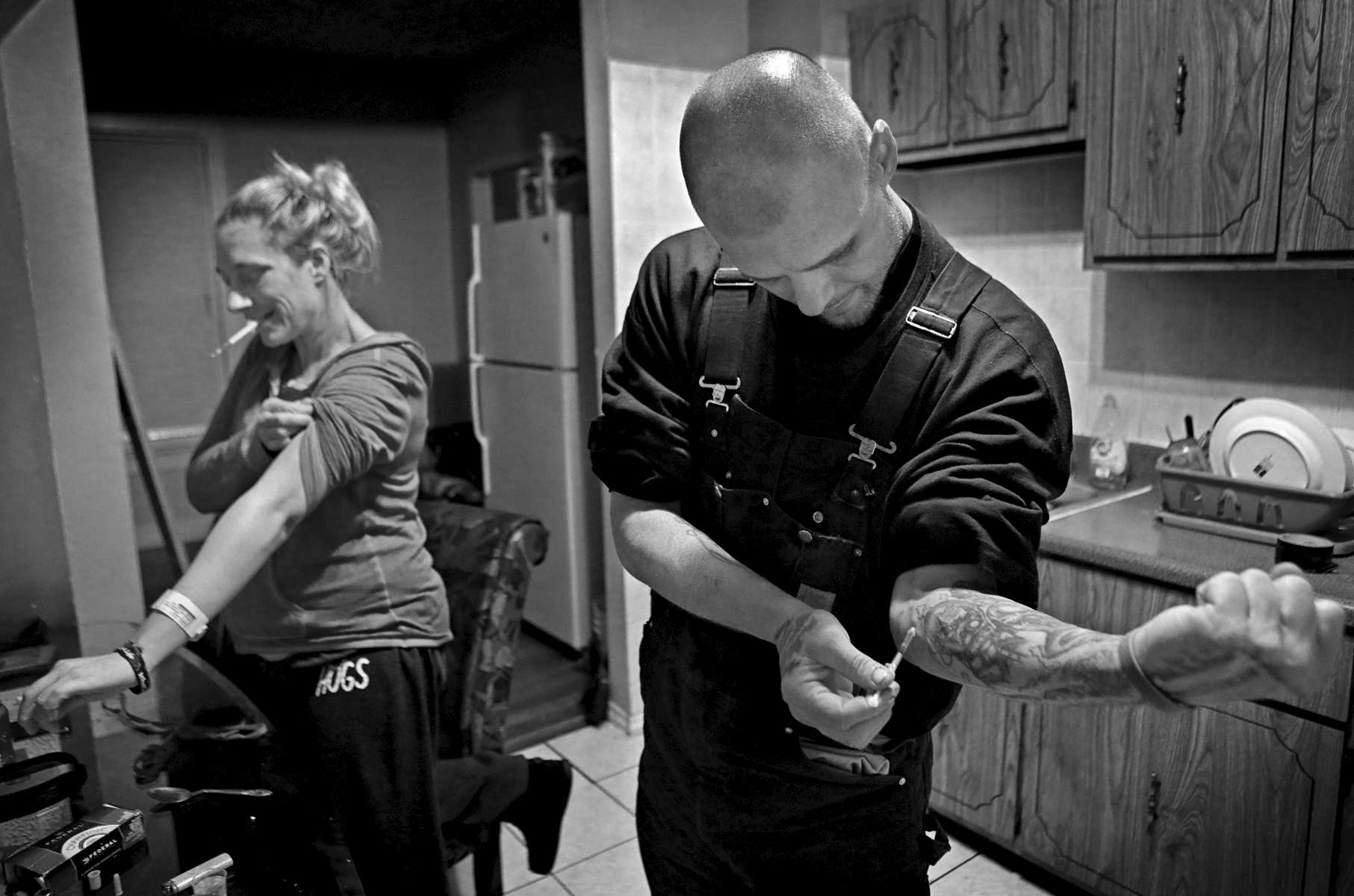 Ashley Johnston and Richard Skinner shoot heroin in the kitchen of Johnston's home in St. Louis on Monday, Feb. 6, 2017. Both have used heroin off and on for years. Johnston, who is six months pregnant with her fourth child, is trying to kick her habit with methadone, but recently missed a few methadone doses because of car problems. Skinner says he uses his stints in jail to get clean. Johnston and Skinner have one child together. Johnston and Skinner's child is cared for Johnston's mother who also cares for Johnston's other two children. In 2016 273 city residents last year, more than double the previous year, died of fatal opioid overdoses. Heroin is being cut with fentanyl to increase the high but the fentanyl is so powerful it leading to a sharp increase in deaths from overdoses.