Projects and Stories: Death on the rails: 16-CD-DC-Cows-Trains-1 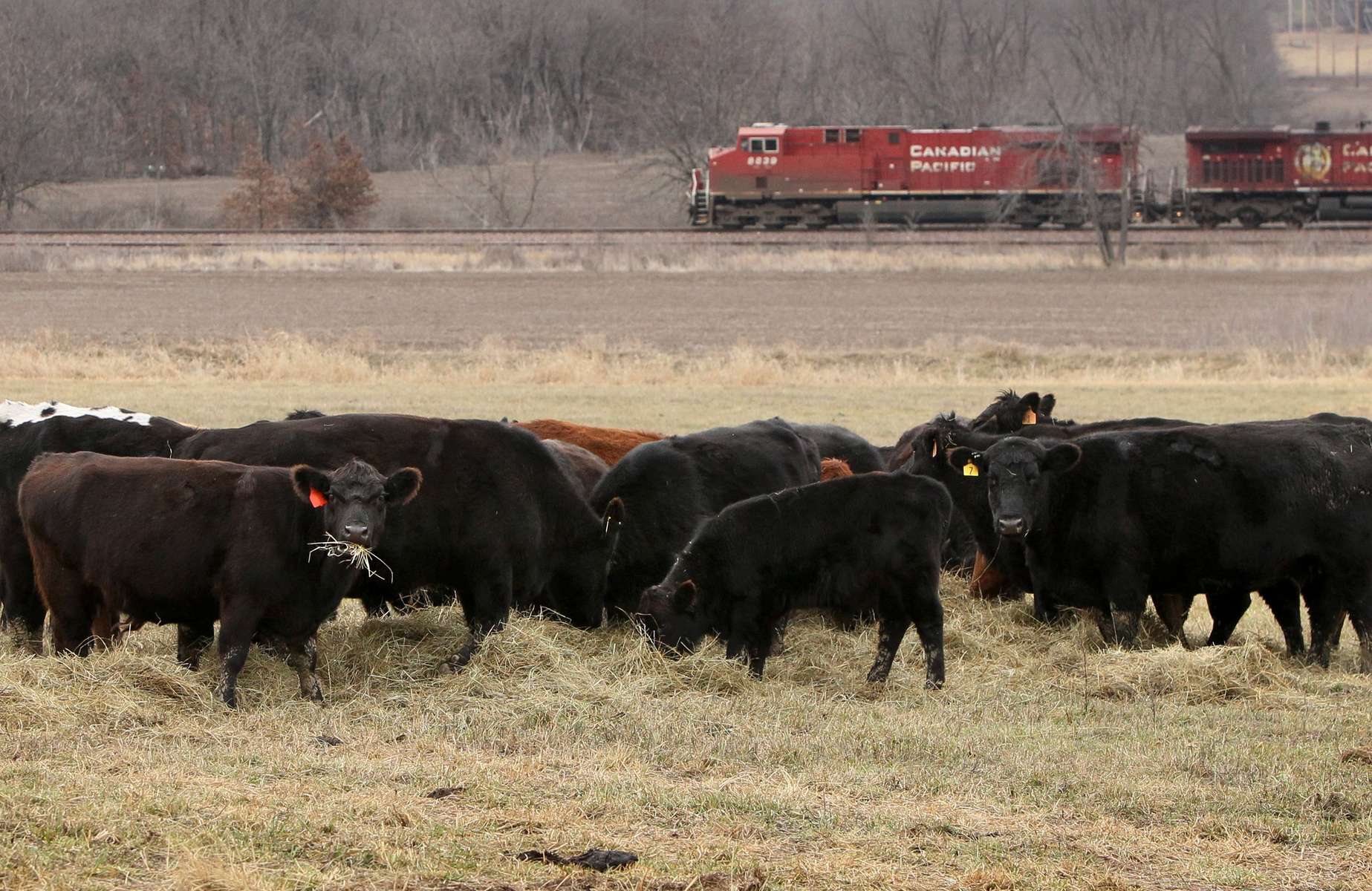 A Canadian Pacific train rolls by a barbed wire fence as it passes farmer Jerry Gibson's cows and calves eating their morning hay at his farm outside of Newtown, Mo., on Thursday, Dec. 6, 2012. Missouri is one of 26 states that have laws saying railroads are liable for livestock struck by trains along unfenced tracks. Gibson's lawyer sent a letter to Canadian Pacific demanding the railroad put up a fence after four of his cows were killed by trains in 2011. Months later the railroad installed about mile of fencing to protect the cows.