Projects and Stories: Death on the rails: 15-mn2jrailroad1210 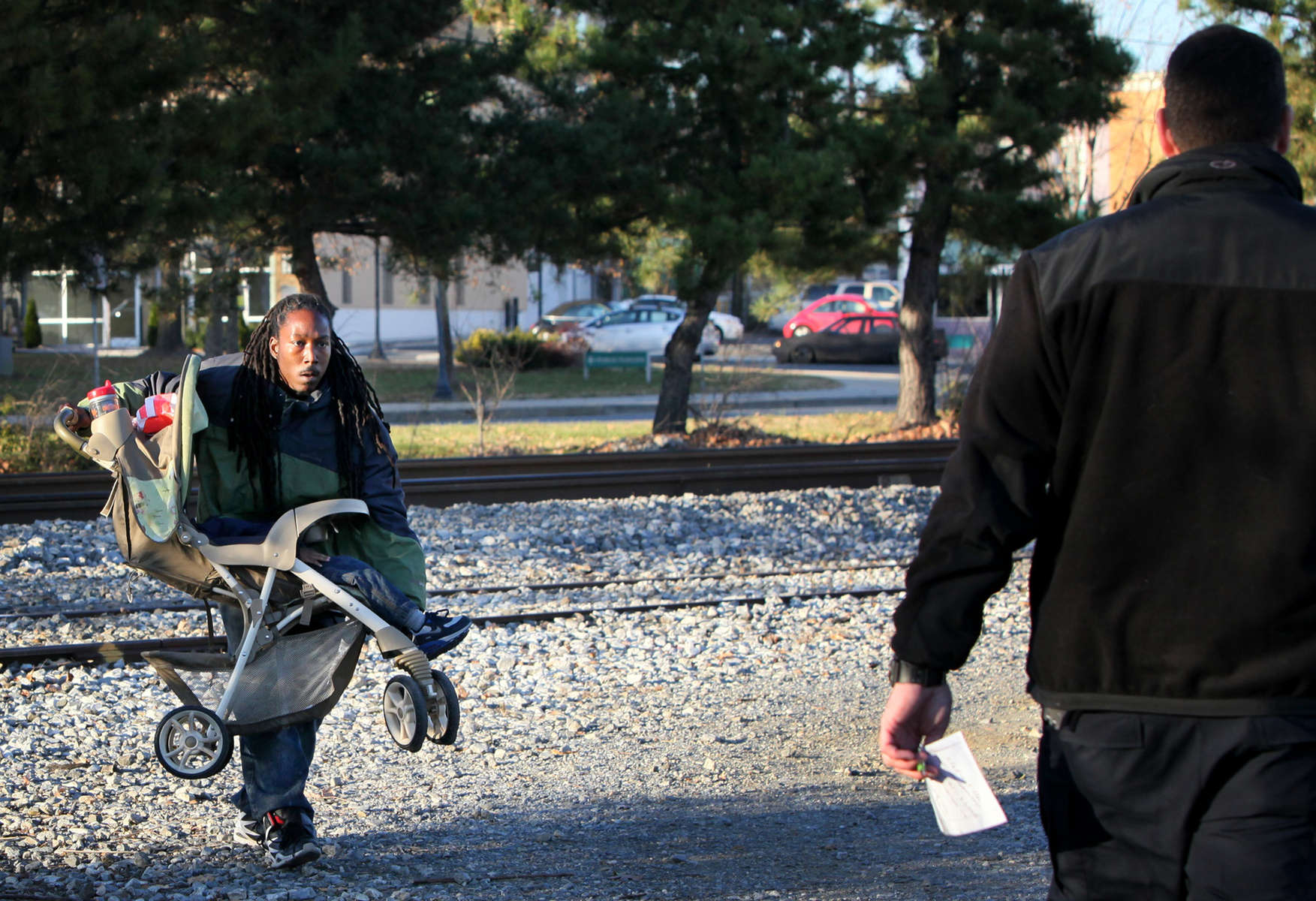 A man carrying a baby stroller across a set of train tracks in Hyattsville, Md., is stopped by CXS railroad police on Thursday, Nov. 29, 2012. Even though the officer was only in the area performing surveillance of the tracks on an unrelated investigation he said he feels compelled to stop people who are trespassing when he sees it. The man with the stroller, who did not want to be identified, was given a warning by the police. Two fatalities have occurred in the area where the man crossed the tracks. There are several no trespassing signs posted along either side of the tracks.