Projects and Stories: Death on the rails: 14-CD-DC-Train-Riverdale-Park-1 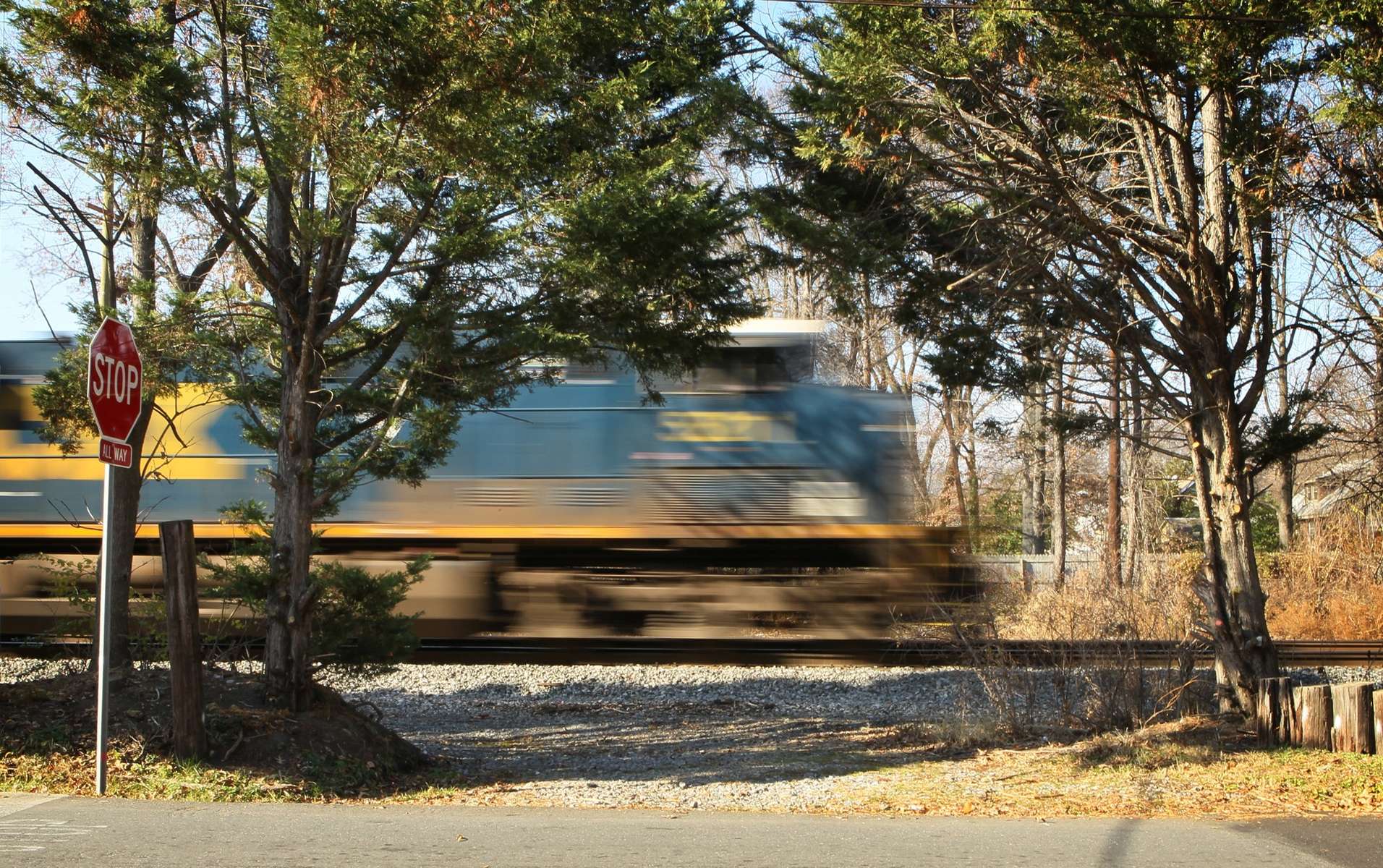 A CSX freight train rolls along a set of tracks on Thursday, Nov. 29, 2012 in Riverdale Park, Md., at the spot where a man, 41-year-old Bradford Bacon, was struck and killed by a train in March of 2011. Bacon's death was ruled a suicide, but his family doesn't believe that. Bacon's sister, Jessica Bacon, pointed out that CSX told the Federal Railroad Administration that her brother was lying on the tracks when he was hit. But a county police spokesman said the train's video showed the victim standing with both arms raised. The area has several well worn paths cut by pedestrians crossing the tracks.