Projects and Stories: Death on the rails: 09-CD-DC-Trains-Villa-Park-Memorial 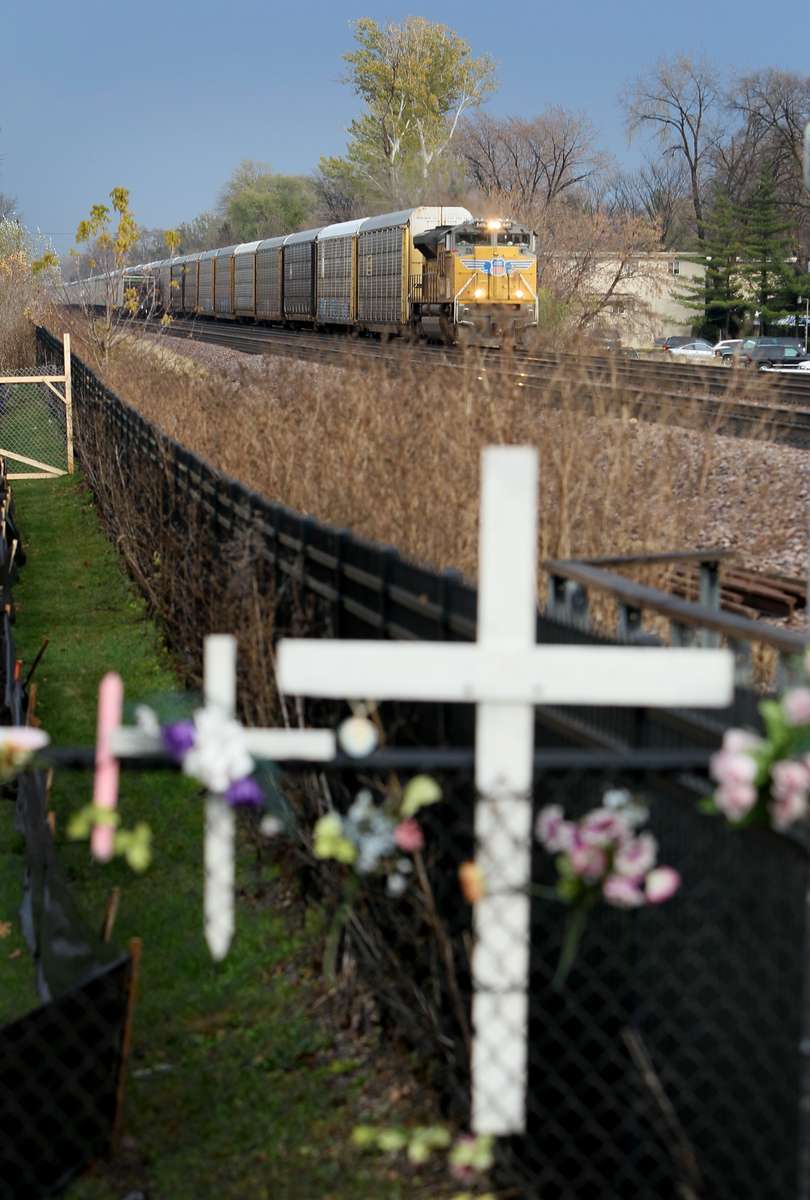 A freight train rolls along the tracks in Villa Park, Ill. on Saturday, Nov. 10, 2012 past a memorial for a middle school girl who was killed by a train in 1988. Heather Hayes was 14 when she was struck and killed by a train while walking home from school. Almost twenty year after Hayes' death community reaction to another train fatality involving a different 14 year-old, Kristen Bowen, helped get fences put up along the tracks near the middle school and a nearby park.