Projects and Stories: Death on the rails: 06-CD-DC-Train-Cam-Friend-Jump 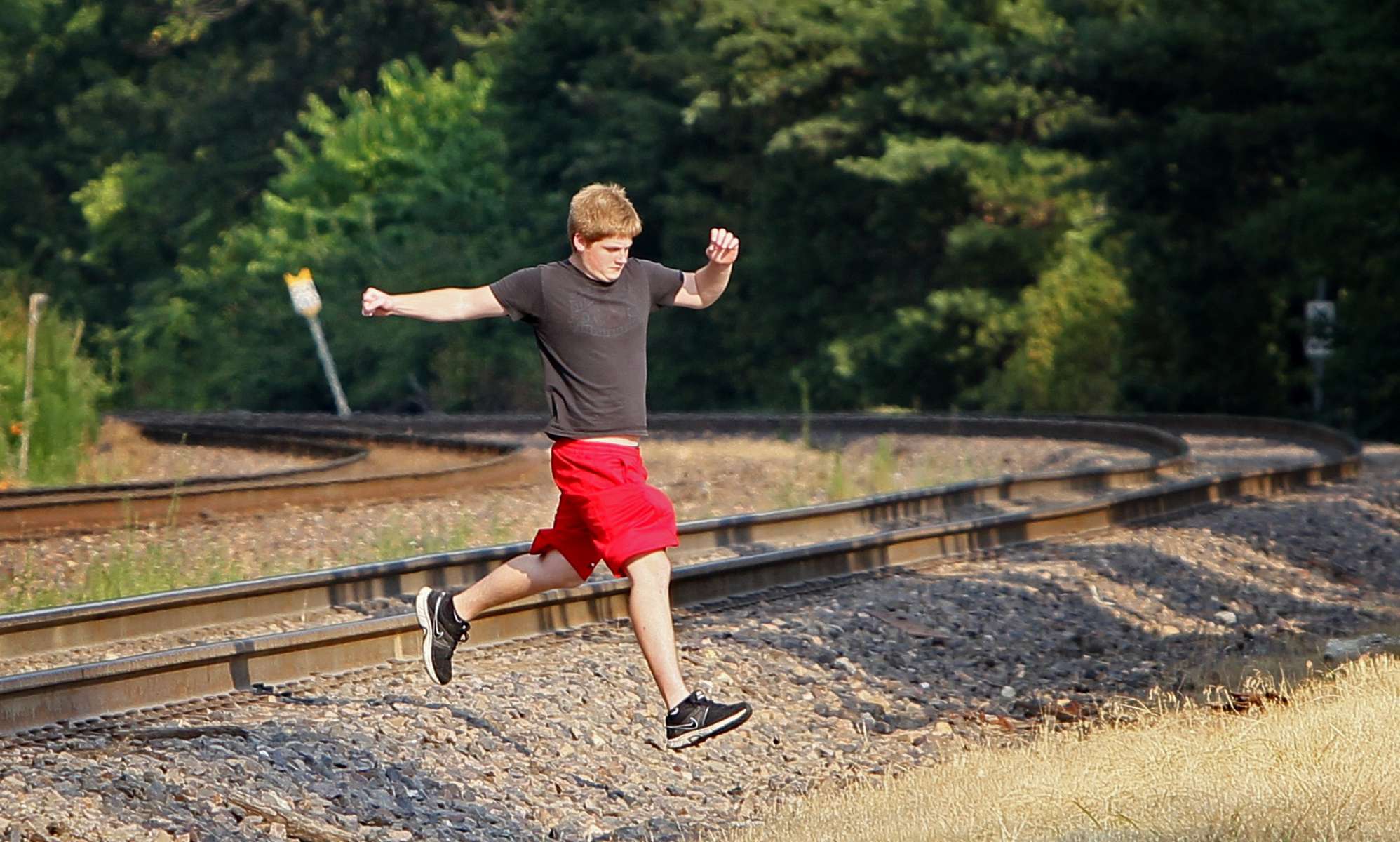 Austin Huster, 16, crosses the train tracks near where Cam Vennard, 14, was killed by a train on his way to a memorial concert, Cam Jam, in Cam's honor on July 12, 2012 in Kirkwood. Cam, 14, was walking along the tracks east of downtown Kirkwood when he was struck and killed by westbound train in May of 2012. After crossing the tracks Huster and a friend stopped by a make shift memorial for Cam and then continued walking to the concert.