Projects and Stories: Death on the rails: 05-CD-DC-Train-Sign-down 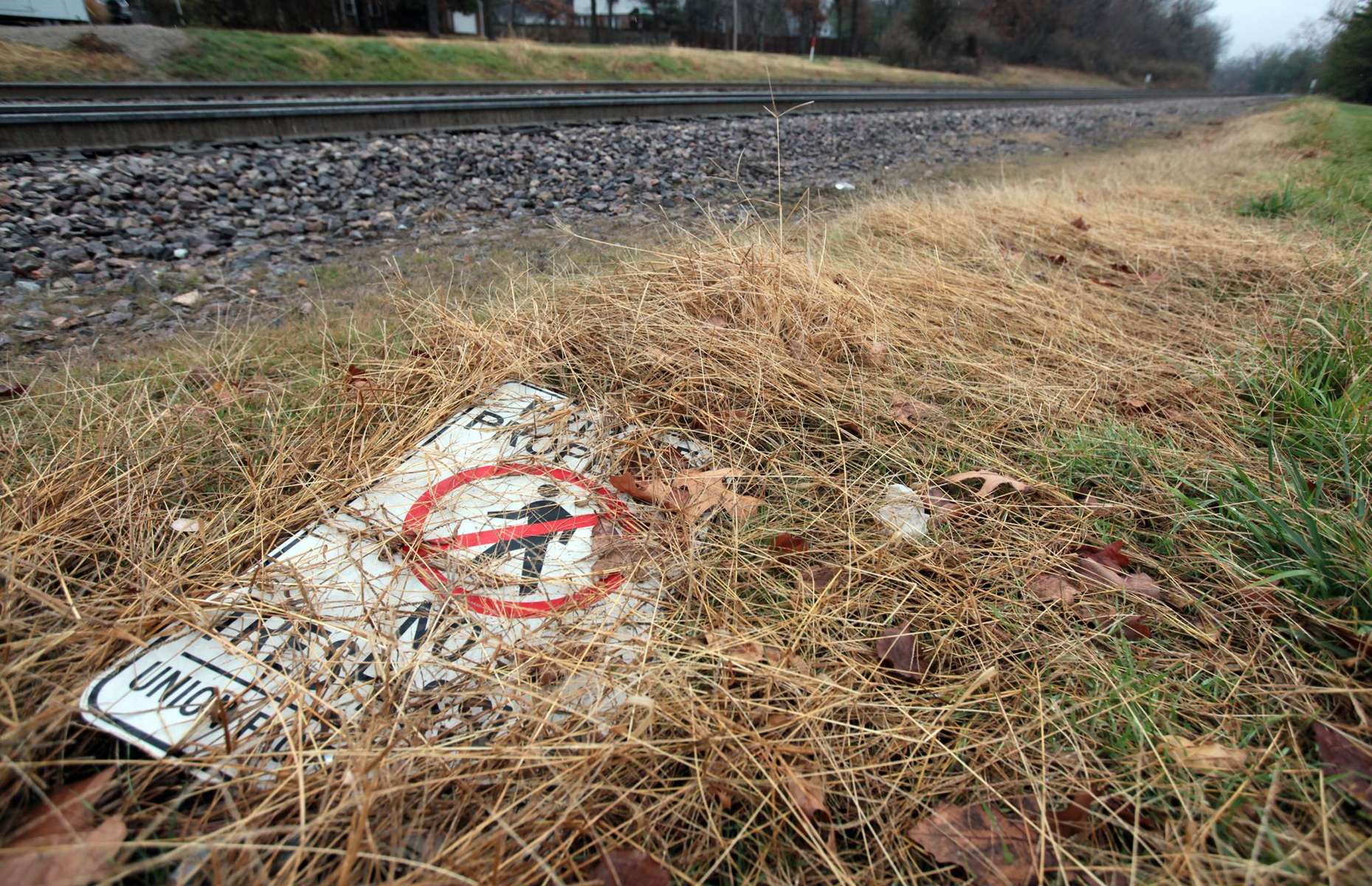 A no trespassing along the Union Pacific line in Kirkwood is over grown with weeds, as seen on Sunday, Dec, 9, 2012, near the spot where Cam Vennard was killed by a train as he walked along the tracks in May of 2012. The sign was put up shortly after Cam was killed and was flattened to the ground a few weeks later, where it has remained ever since.