Projects and Stories: Death on the rails: 02-CD-DC-Train-Cam-Dad1 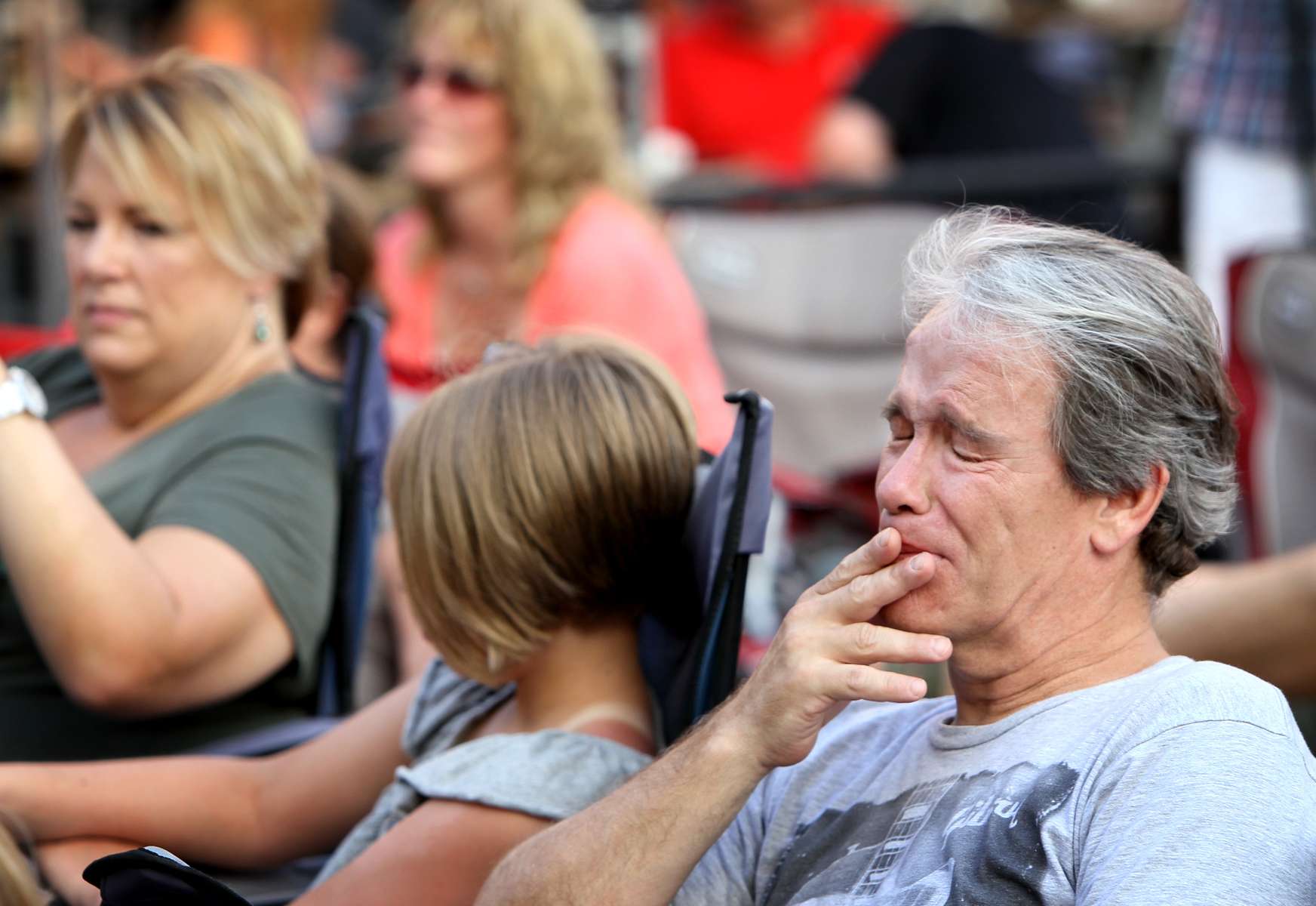 Darryl Vennard (right) holds back tears as he listens to his son Ben Vennard playing "While My Guitar Gently Weeps" in a tribute Cam Vennard, Darryl's son and Ben's brother, during memorial concert in Cam's honor on July 12, 2012 in Kirkwood. Cam, 14, was walking along the tracks east of downtown Kirkwood when he was struck and killed by westbound train in May of 2012.