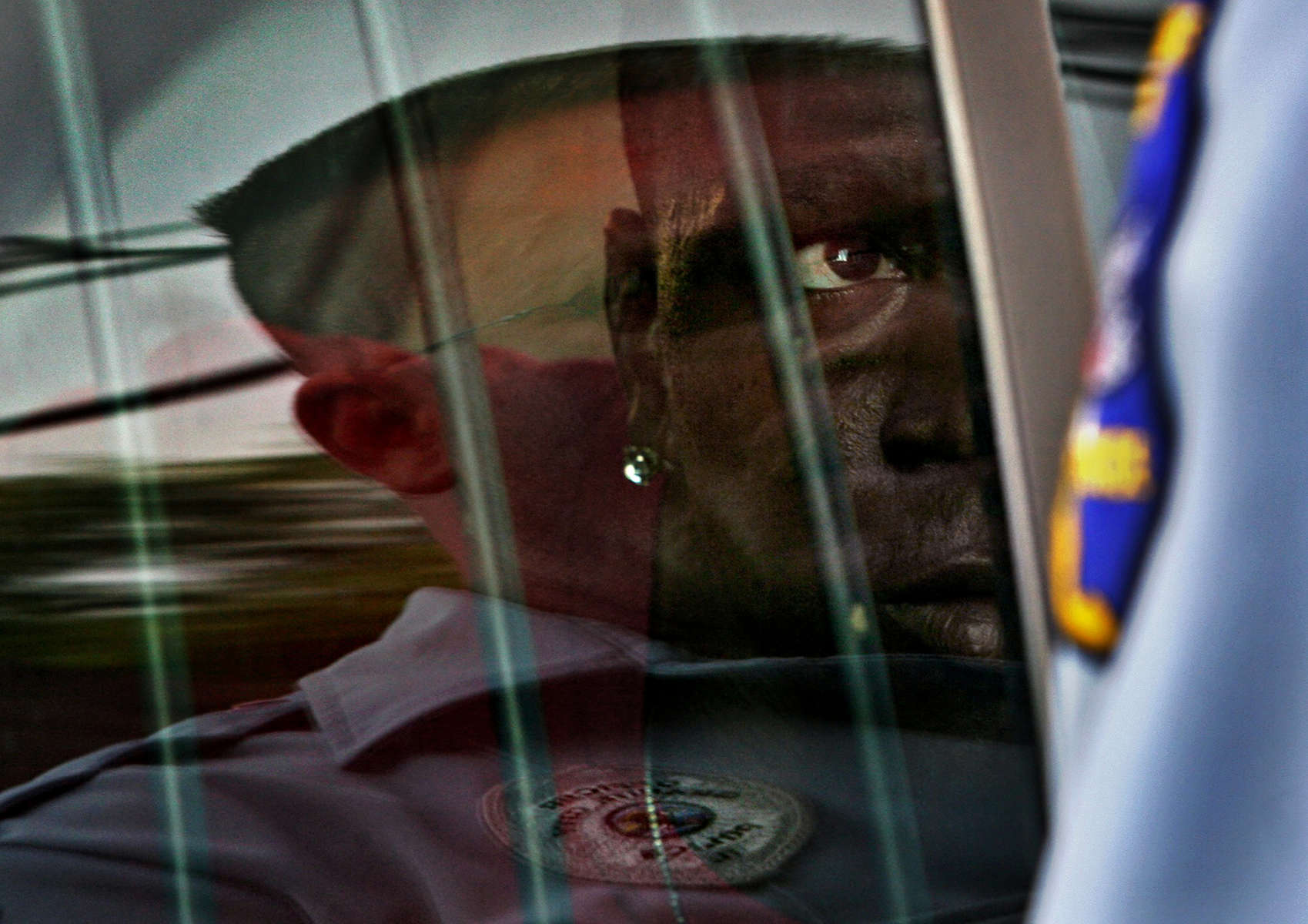 Monday June 15, 2009--A suspect in police custody listens to commands from a Granite City Police officer after being arrested at the end of bi-state high speed vehicle chase that ended in the area around Monroe St. and N. 14th St. on Monday. The three suspects in a Ford Excursion, all arrested at the end of the chase, were wanted for an abaduction from Godfrey. According to police the suspects vehilce rammed a Granite City police officers car during the chase. Police recovered a hand gun from the suspects vehicle.