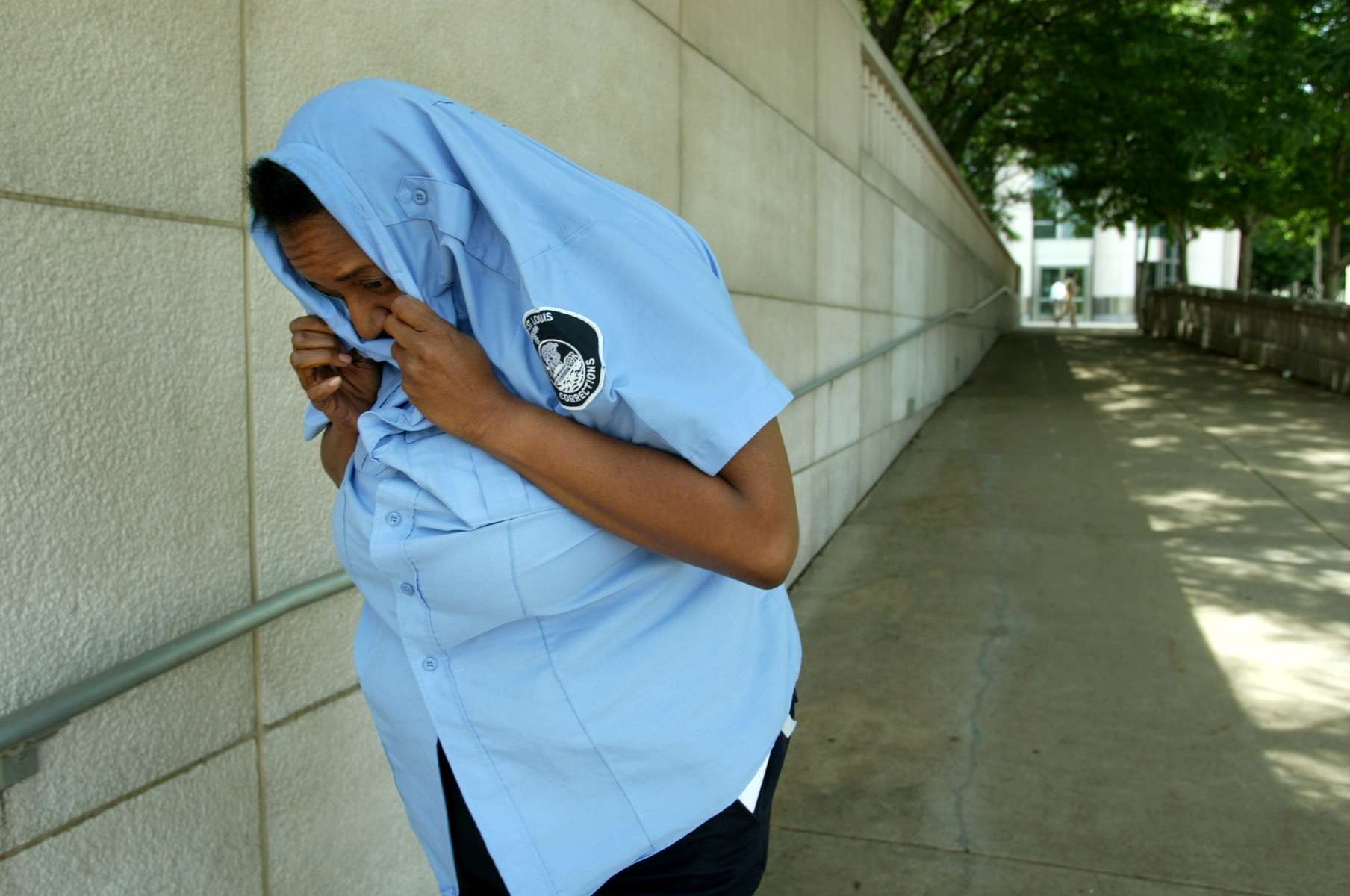 Monday June 4, 2009--Peggy Lynn "Pumpkin" O'Neal, walks out of the Eagleton Federal Courthouse after being arraigned on federal charges for allegedly smuggling heroin into the St. Louis Justice Center downtown. O'Neal and two other corrections officers were arrested after the indictment was unsealed this morning. According to prosecutors on four occasions from January through early March, the guards got heroin and cash from someone outside the jail and brought it to an inmate inside St. Louis Justice Center downtown.