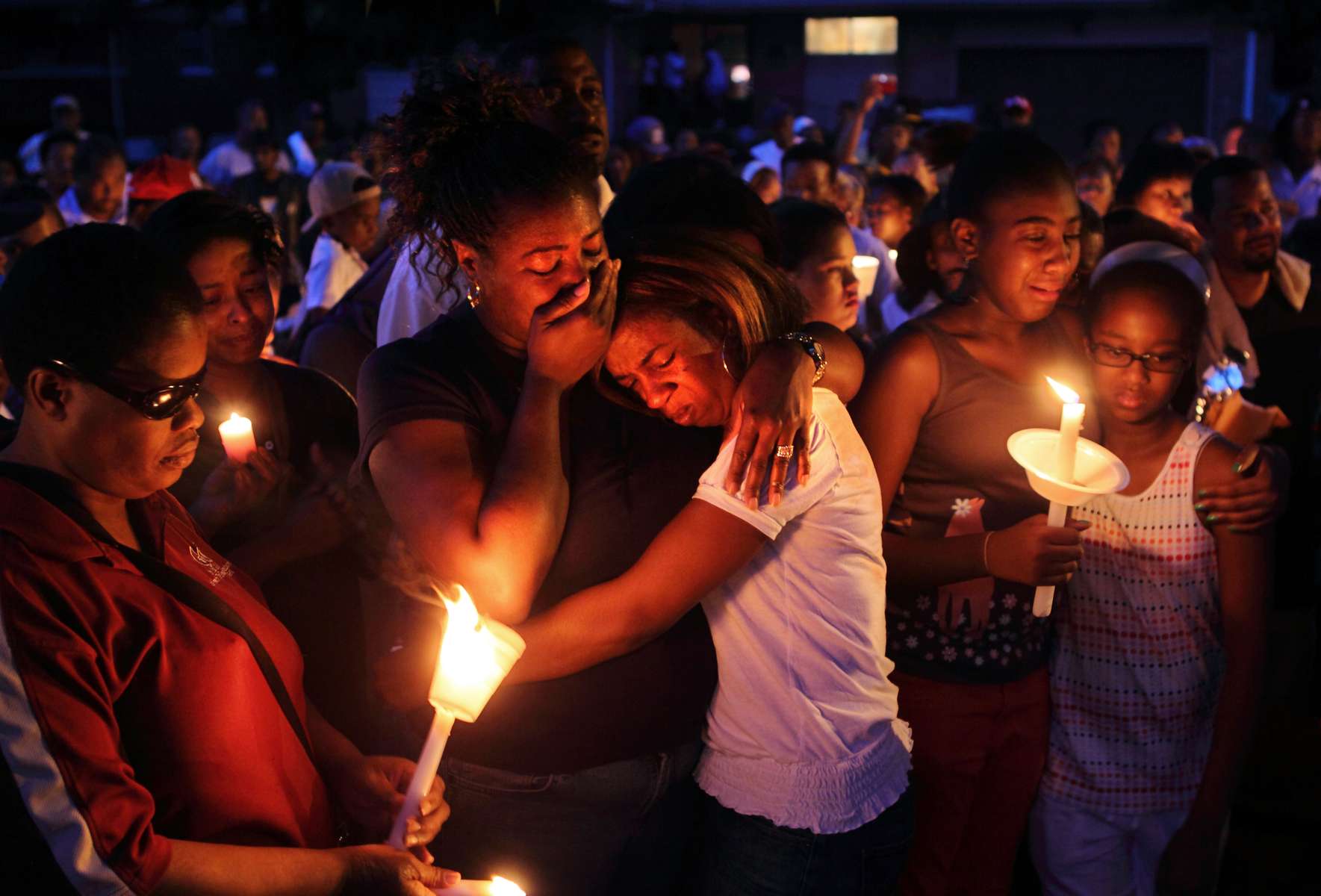 Tamara Quinn, center left, and Latasha Anderson, center right, weep as amazing grace is sung during a memorial service for Christine Jones who was stuck and killed by lightning while delivering mail on Tuesday. Quinn is Jones' aunt and Anderson is Jones' cousin. Hundreds of people showed at a memorial set up under the tree where Jones was killed at the corner of Highmount and Venice drives in Ferguson.