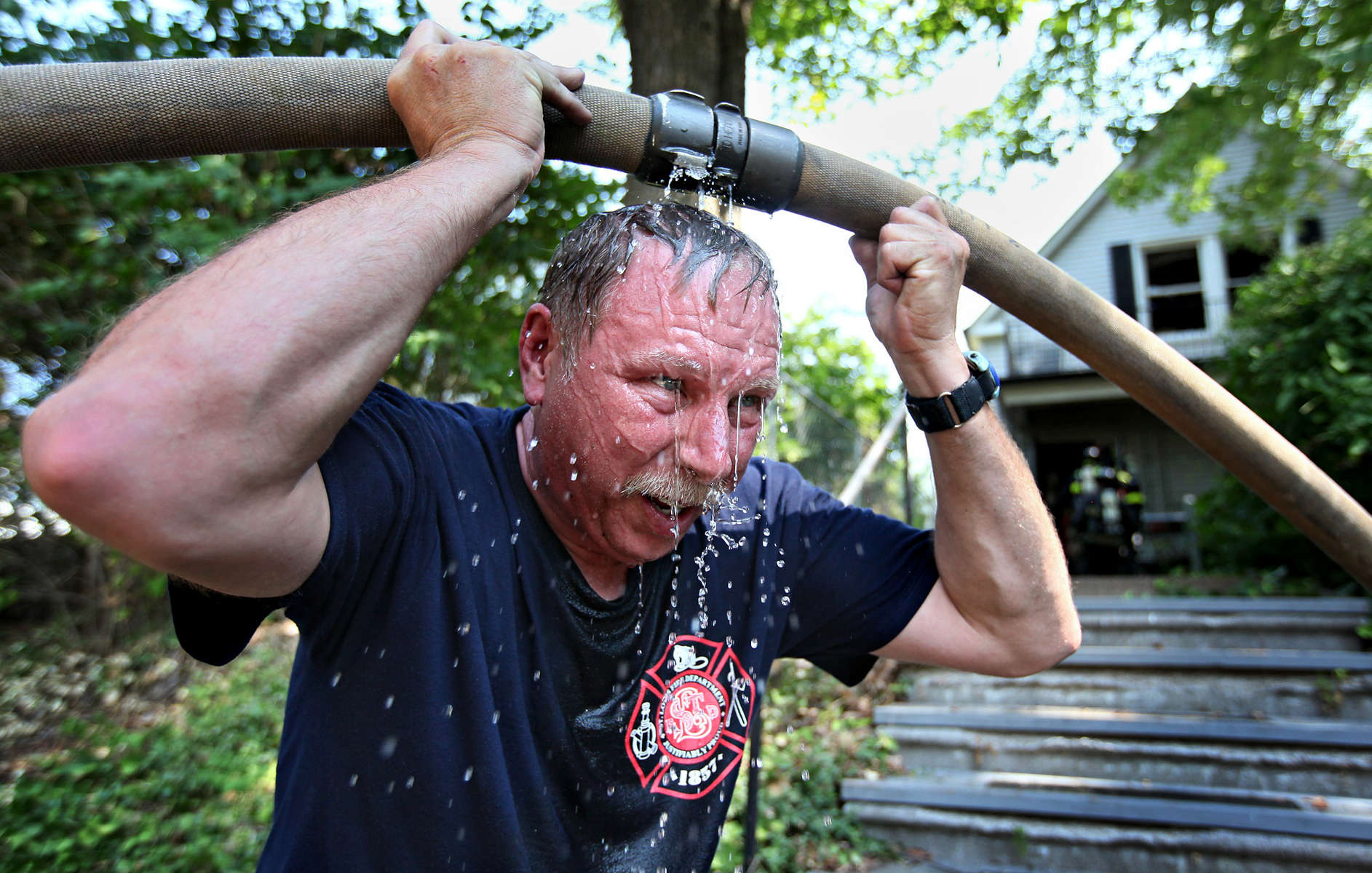 St. Louis fire fighter Ken Walters, with Truck 6, cools off with some water leaking from a fire hose after he helped put out a house fire in the 2000 block of McCausland Avenue in St. Louis on Monday, Sept. 9, 2013. "It was really cooking in there" said Walters who was one of the first fire fighters in house battling the flames. All the residents of the home escape safely and one was hurt in the one alarm fire. Additional help from Maplewood and Richmond Heights fire departments was called to the scene as precaution against Monday's hot weather.