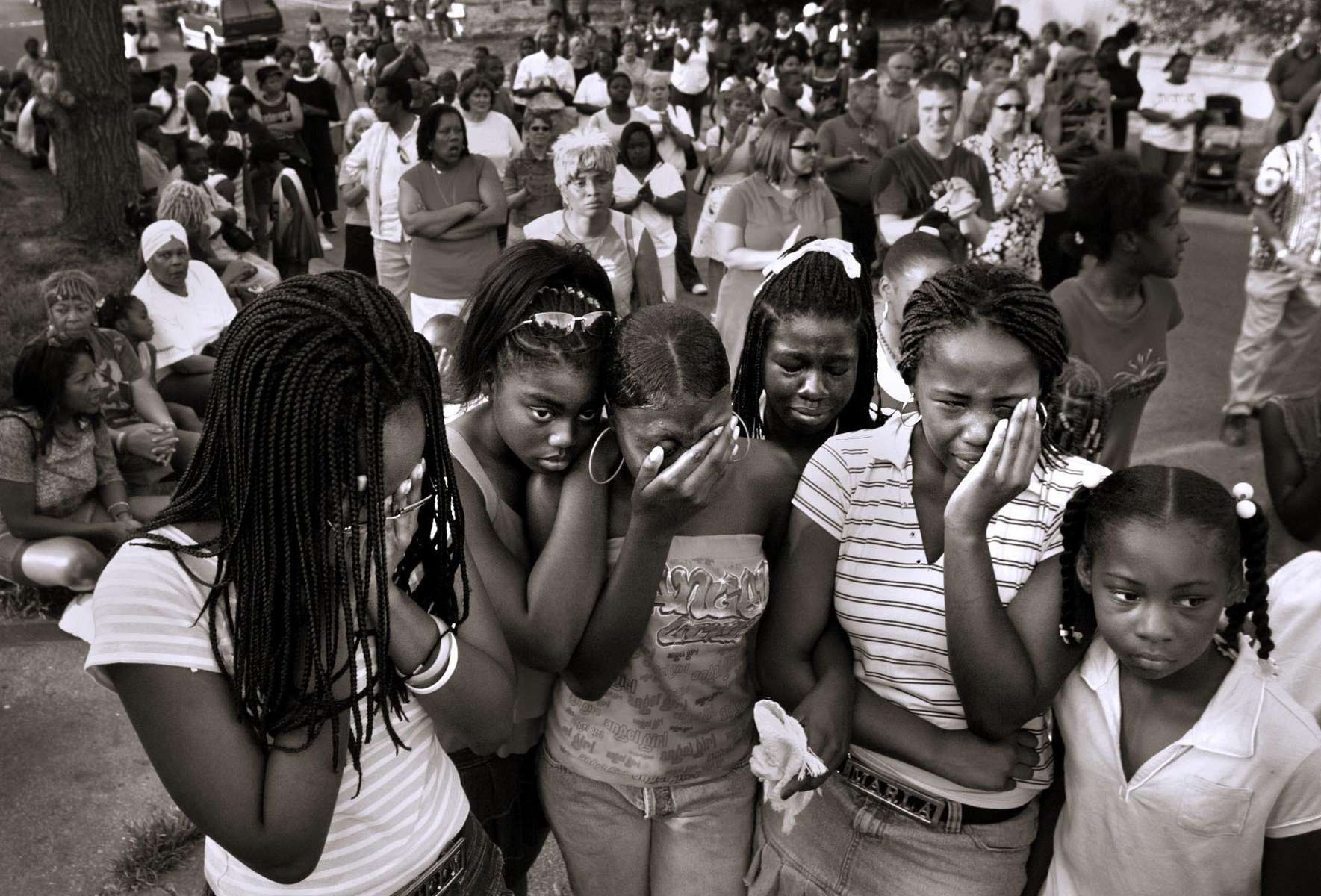 
Leighann Johnson, left, Shonnie Branom, Judeia Jones, Sanosa Berry, Marla Johnson and Aaliyah Hawkins morn Joseph “Bam Bam” Long during a community prayer service for Long, slain police Sgt. William McEntee, and McEntee’s accused murderer Kevin Johnson in Kirkwood, Mo.. Johnson shot McEntee after an early incident in the nighborhood during which "Bam Bam" collapsed and died from a heart condition. About 800 people gathered at the intersection of Alsobrook and Orleans streets on Saturday. After praying at the intersection the group marched up to the site where the officer was shot and then over to the memorial outside of Long’s house.