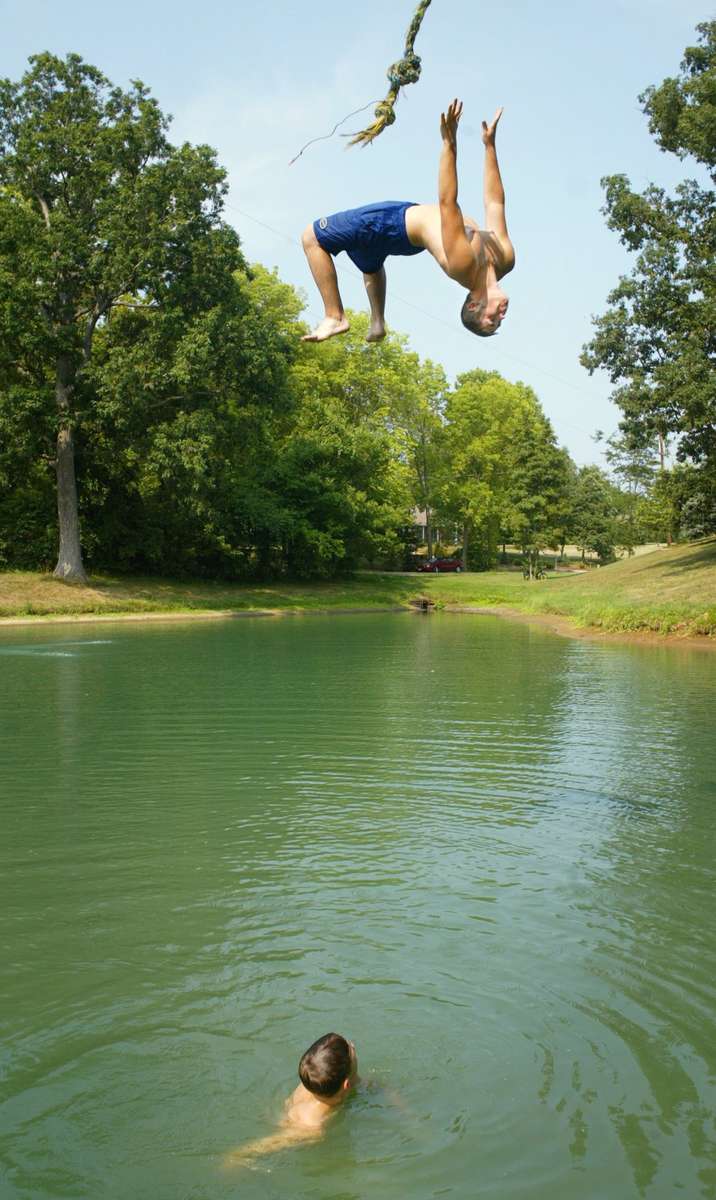 
Monday August 5, 2002--Jake Whitehead, 16, of Edwardsville, launches himself off a rope swing into a pond as his friend Shaun Fink, 16, of Glen Carbon watches. "We're just hanging out, cooling off and having fun" said Fink of their mid-afternoon dip in a swimming hole off of Oaklawn Road in Glen Carbon on Monday. Tempature will cool off into the upper 80's for Tuesday but return to the mid-90's later in the week.