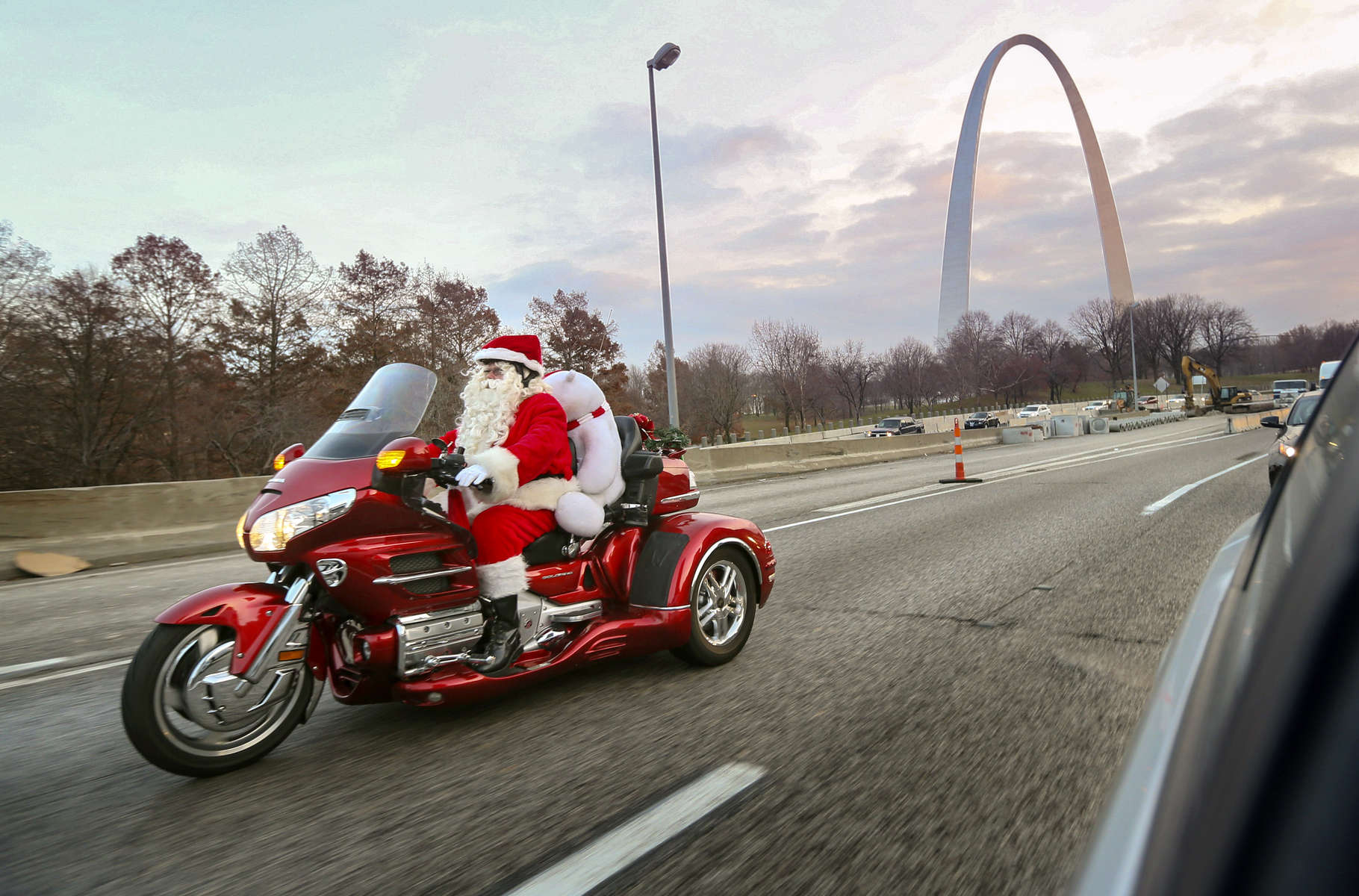 Danny Wall, from Fenton, cruises down Interstate 70 West through downtown St. Louis on his way to deliver a present to a three-year-old boy in Granite City on Tuesday, Dec. 3, 2013. "I love seeing the expression of joy on people's faces as I drive by" said Wall who started playing the role of Santa Claus eight years ago when his first grandchildren were born. At first he visited just the homes of friends and family but he has visited with groups Boy Scouts, Girl Scouts, and children at Rankin Jordan. He says playing Santa Claus helps him get the Christmas spirit and relieve stress. Wall is a riding a 2008 Honda Goldwing Trike.