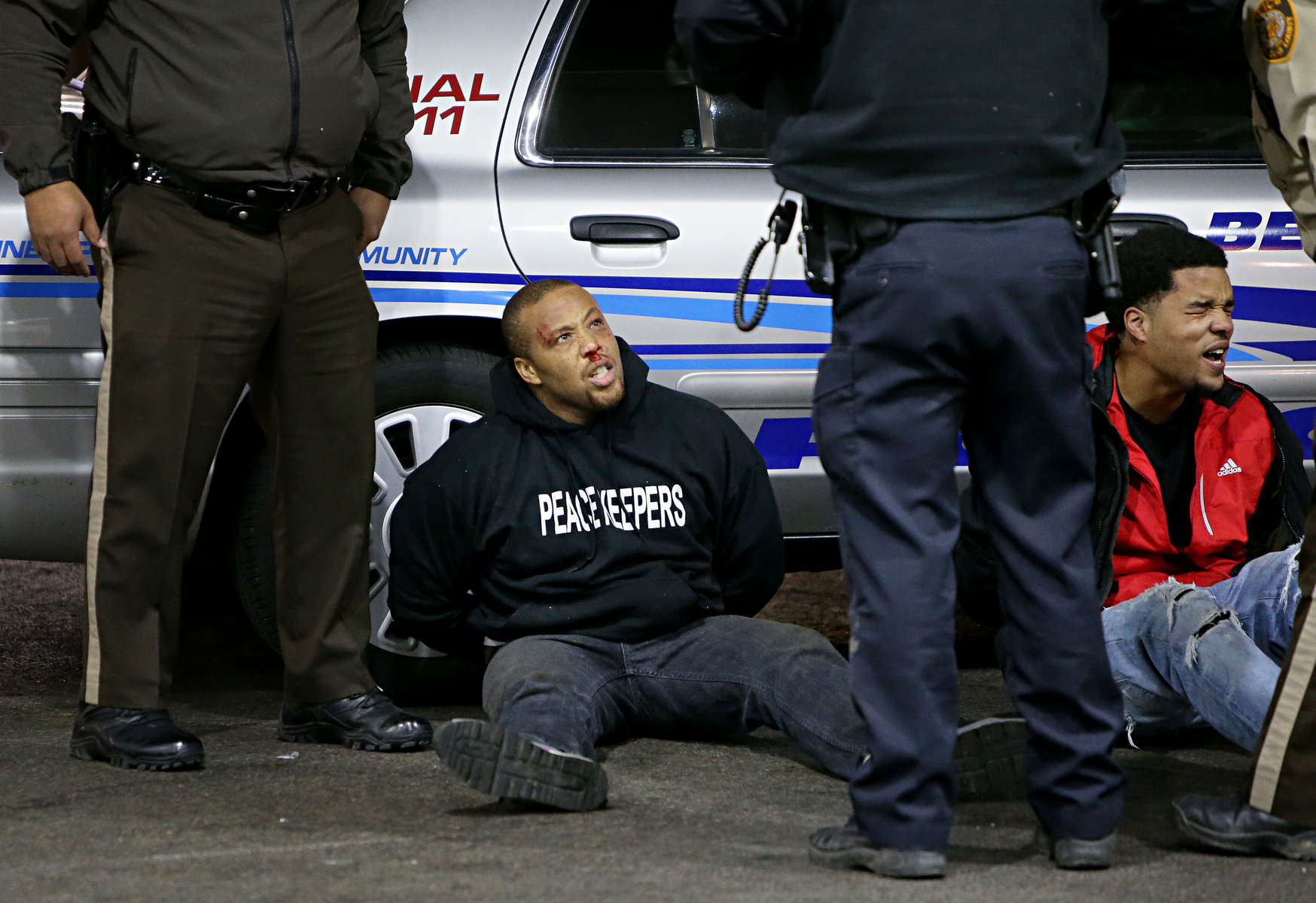 Two men arrested by police during a fight are seated next to a police cruiser on Wednesday, Dec. 24, 2014 on the lot of a gas station where teenager was fatally shot late Tuesday Dec. 23, 2014 at a Mobil gas station on North Hanley Road in Berkeley. The fight broke out after the body of the teen was removed and police and protesters got into a shoving match.