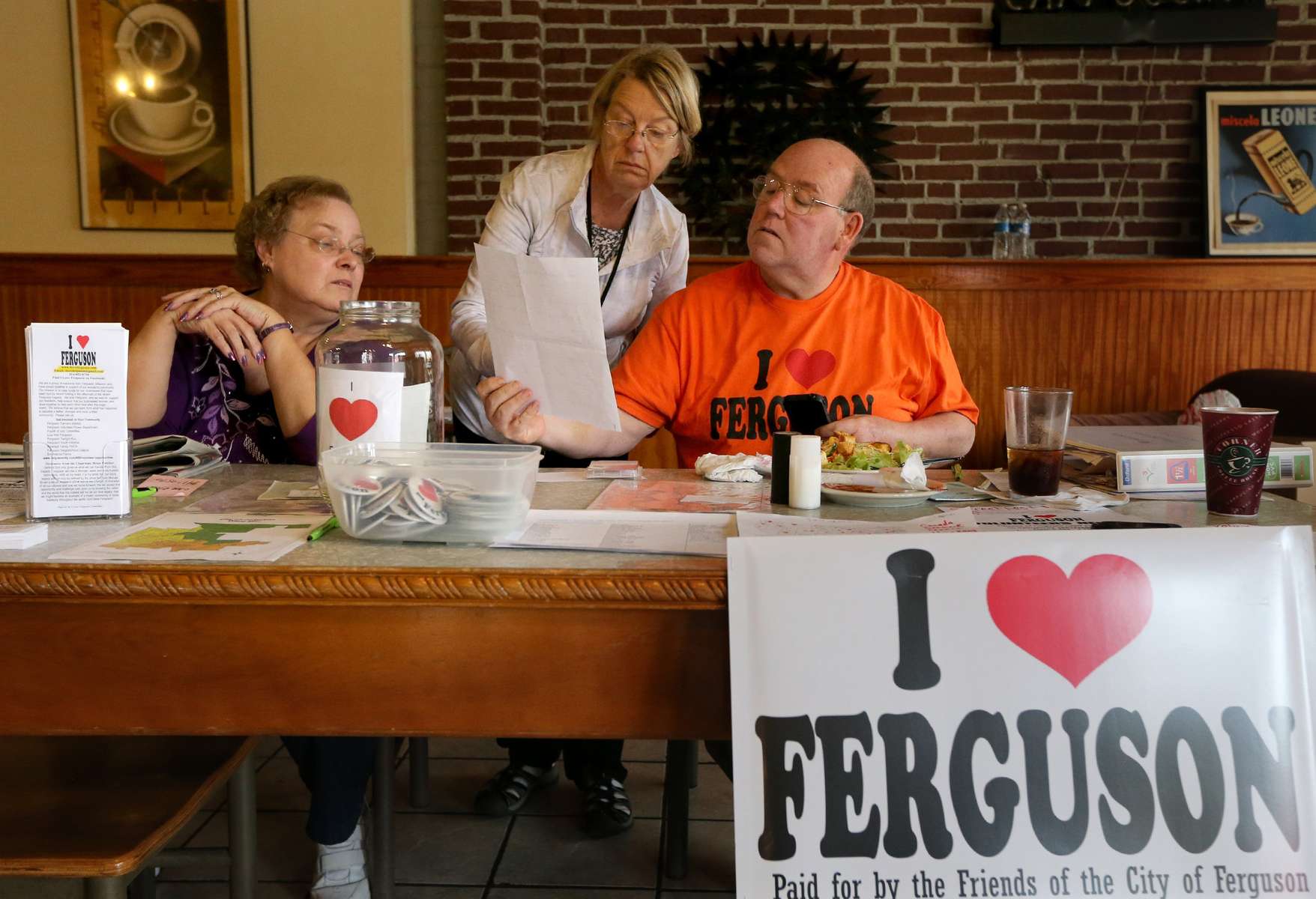 Elaine Wirt (left), Peggy Faul, and Brian Fletcher go over some paper work about the I â¤ FERGUSON committee at Corner Coffee House in Ferguson on Wednesday, Sept. 17, 2014. The committee that is selling the I â¤ FERGUSON shirts, buttons and yard signs recently received a letter from a man claiming the shirts violate his trademark on I â¤ FERGUSON.