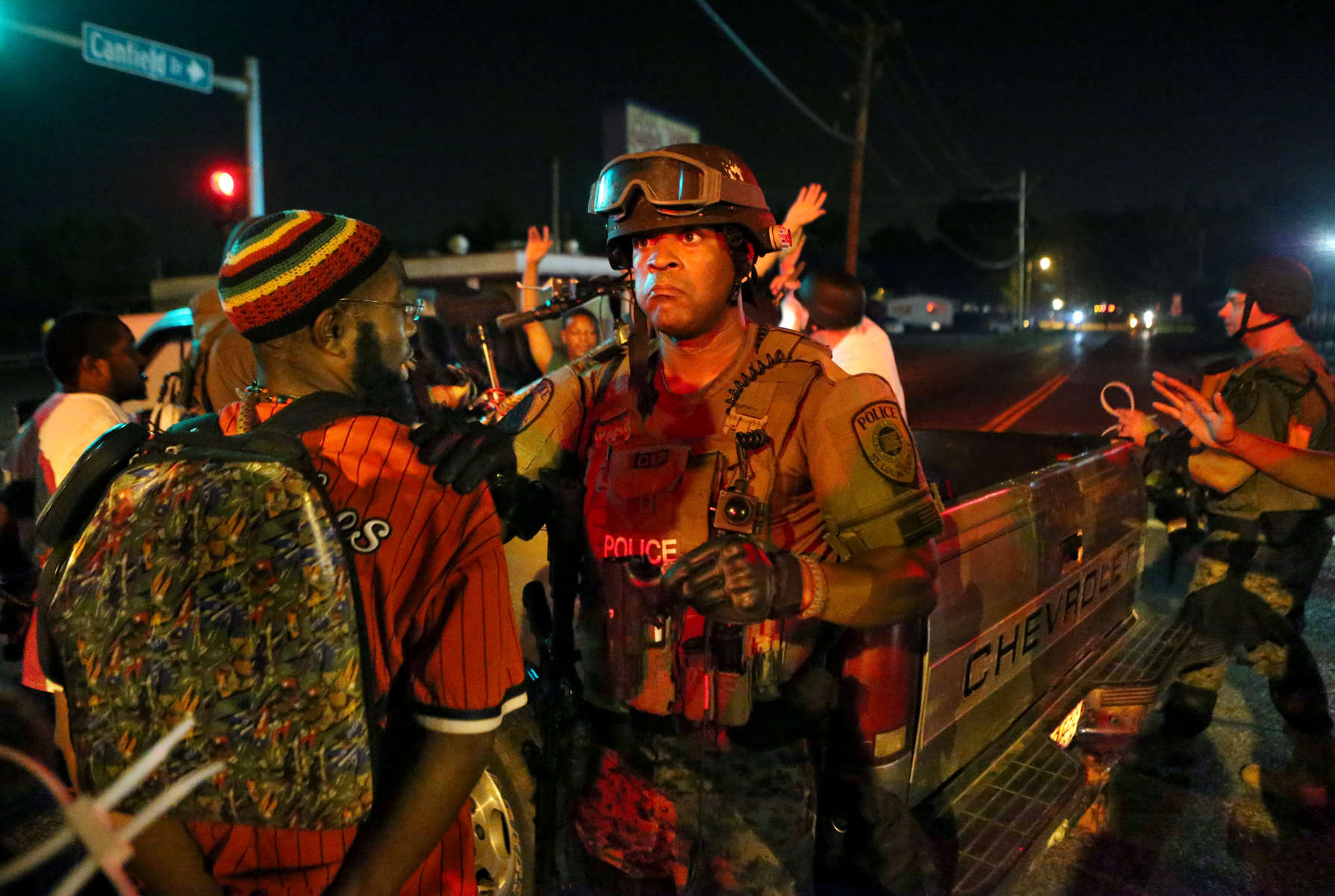 
A member of the St. Louis County Police tactical team reacts after finding a gun on a man who was riding a truck with 11 other people when it was stopped along W. Florissant Avenue near Canfield Drive in Ferguson on Tuesday, Aug. 19, 2014. The police found two loaded guns on the people in the truck and removed a large Molotov cocktail from the truck.