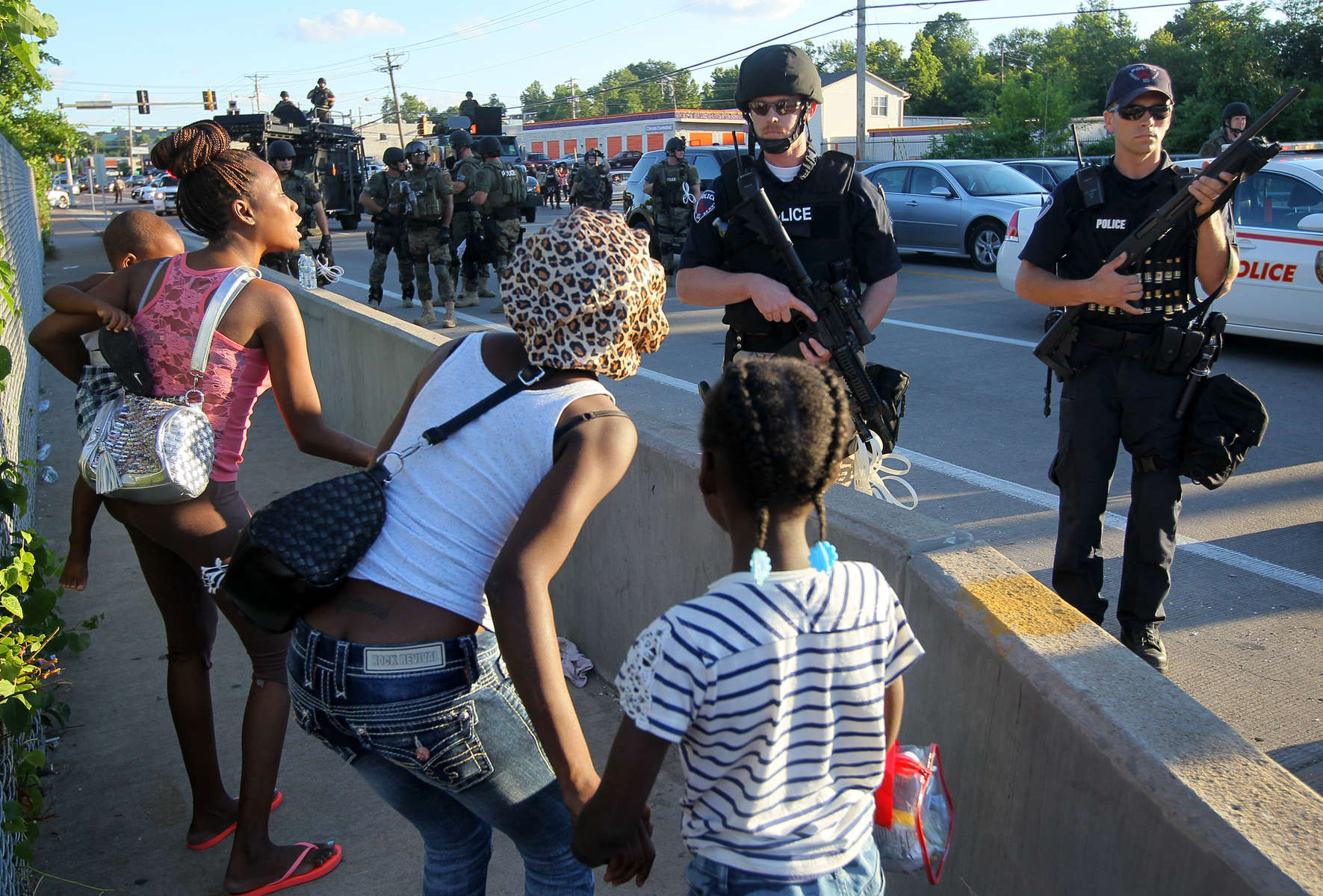 
Women argue with police officers to let them pass and go home because they were afraid of being near the protest scene with their children if things turned violent along W. Florissant Avenue on Tuesday, Aug. 12, 2014. The women were eventually allowed to pass, but not without a heated argument between them, the crowd and the police.