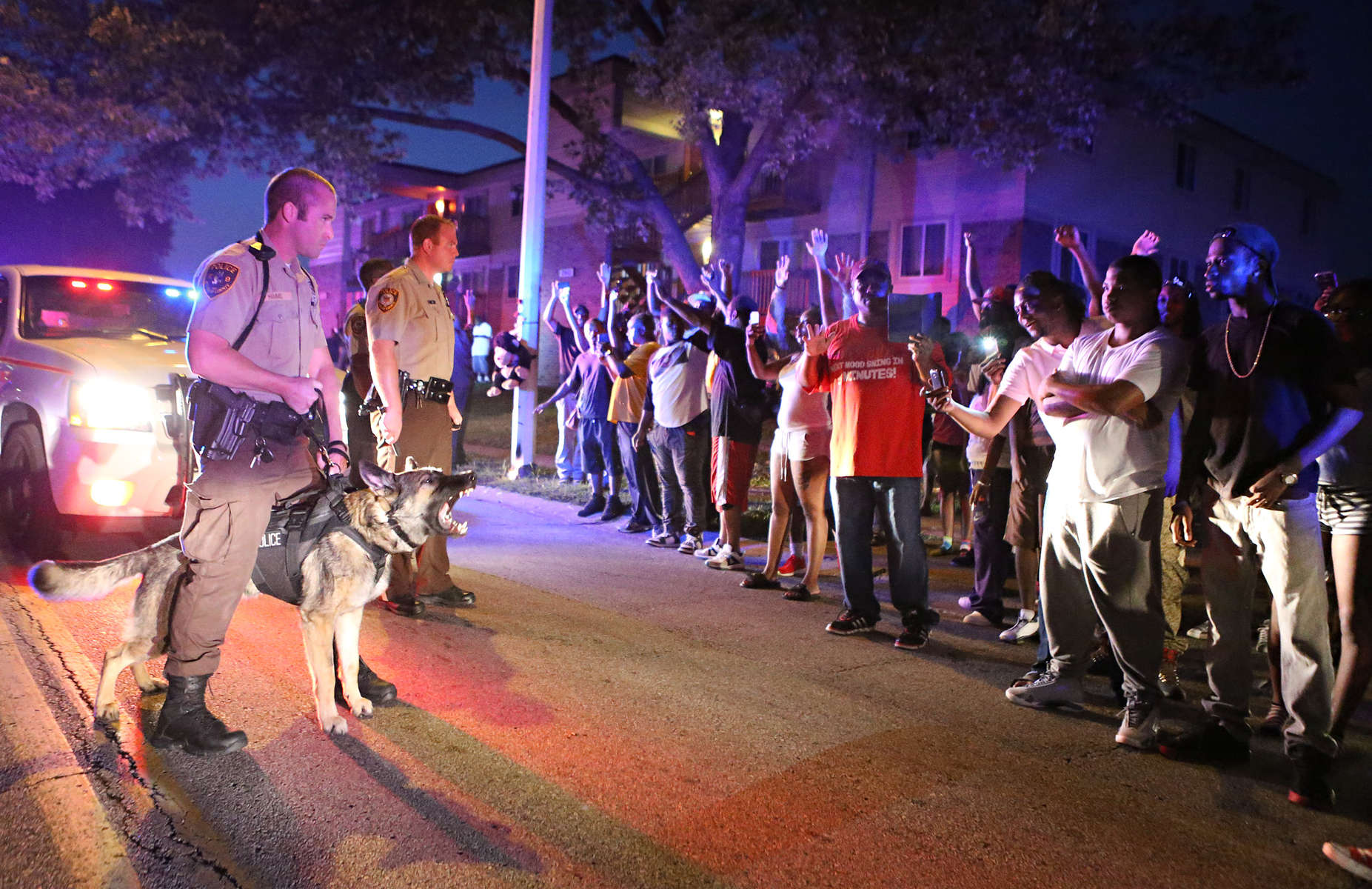 
Police officers confront a crowd they're trying to break up a on Canfield Dr. in Ferguson, Mo. on Saturday, Aug. 9, 2014. Earlier in the day police had shot and killed Michael Brown, an unarmed18 year-old man, and community members turned out large numbers at the scene to express their outrage.